Groomed by the Far Right

In a speech at a recent anti-racism conference, David Rosenberg elucidated the pivotal place of antisemitism in far right ideology 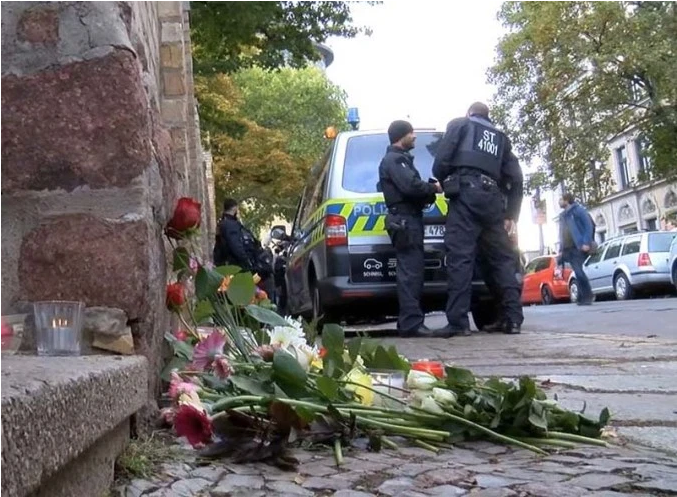 Ten days ago my partner and myself were travelling by train from Brussels to Leipzig when we were shocked to read on our phones about the attempted terror attack on a synagogue in Halle – about 25 miles from Leipzig. We passed through Halle Station on the way. That evening in Leipzig there was a lockdown around the station and lots of roadblocks. People were unsure if the murderer acted alone or had accomplices who were still a danger in the region.

For those trying to understand where 21st century antisemitism fits within Far Right ideology, this event provided a very chilling example.

For hard-core replacement theorists, agency does not rest with the migrants themselves but with global elites led by Jews, who allegedly conspire towards this goal. Orban blames the wealthy Hungarian Jew, George Soros. Neo-Nazi groups refer to ZOG (Zionist Occupied Government).

At Charlottesville in Trump’s America, in 2017, where fringe white supremacists were emboldened, hundreds of neo-Nazis chanted “Jews will not replace us”.

Many anti-racists who struggle to keep up with all this, have their own replacement theories – believing that certain groups who were targeted in the past, have been replaced by others as main targets. But that is a misreading. The fascists don’t replace targets – they accumulate them. Antisemitism rides alongside Islamophobia, anti-Roma prejudice and anti-Black racism

The killer in Halle failed to force his way into a synagogue to massacre the dozens of people praying there. Security cameras inside the synagogue monitored what was happening outside. They barricaded the doors.

In frustration he killed a random woman who was standing nearby, then shot up a kebab shop owned by a Turkish Muslim, killing a 20-year-old white customer.

As usual in these kinds of incidents, the media speculated about the perpetrator’s mental health or  said he was a “lone wolf”. But such perpetrators are groomed by a far right system, where ideological arguments are convincingly spread through internet channels. Since Anders Breivik massacred socialist youth in Norway in 2011, there has been a succession of terror attacks on Jews and Muslims following similar patterns. In each case the perpetrators left manifestos explaining their actions. In this case a live-stream video too.

The Halle perpetrator wrote his manifesto in English – to reach a wide audience. It began: “My name is Anon and I think the Holocaust never happened.” His stated goal that day was “to kill anti-whites, if possible Jews”.

He considered attacking a mosque or an antifascist cultural centre, but ultimately drove 45 minutes to a synagogue. He chose Yom Kippur because, he said, “even non-religious Jews visit the synagogue on this date.”

If he had attacked a mosque and even killed 100 Muslims, he felt it wouldn’t make a difference because, he wrote, “on a single day more than that are shipped to Europe. The only way to win is to cut off the head of ZOG – the kikes. If I fail and die but kill a single Jew it was worth it. If every white man kills just one we win.”

He identified mass immigration and feminism as enemies, arguing that “feminism is the cause of decline in birth rates in the West.” But he concluded: “The root of all these problems is the Jew.” His dynamic alignment of prejudices sat within a world view that followed a very clear internal logic.

But for us it is important to be aware of all the elements within that world view. In both Poland and Hungary, working class communities, especially in rural areas and small towns, are being mobilised on anti-feminism, homophobia, and defence of the Christian family just as surely as they are through racist rhetoric against immigrants and refugees. We have to have the arguments and alliances in place to counter them. We cannot let them win. No Pasaran!

This speech was given at the International Conference organised by Stand Up To Racism on 19th October 2019 in London.