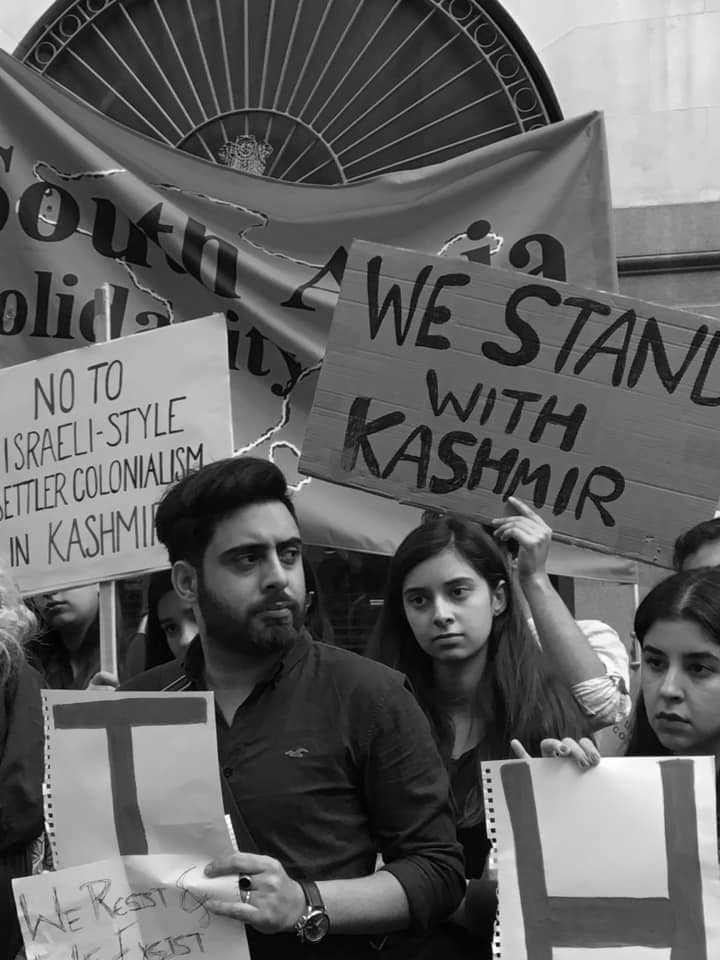 When a representative of the Jewish Socialist’s Group was invited to join other speakers in addressing a lively and angry demonstration in London about events that were unfolding in India at the end of February, her input was more than a gesture of anti-racist solidarity with Muslim communities who were feeling the full fury of Narendra Modi’s murderous nationalism. It was also an acknowledgement of how matters of Jewish state nationalism have become enmeshed with this issue too, right here, right now.
Progressive forces within both Indian and Jewish diaspora communities are engaged in resisting determined attempts to corral them into upholding reactionary political views which provide a cover for nationalist hatred, violence and discrimination both in India and in Israel/Palestine.
Most of the participants in that London demonstration at the end of a week during which vast areas of North East Delhi were ablaze, were themselves from South Asia or of South Asian heritage, and their comments principally addressed people from the Subcontinent. But the word they used on several placards to describe that devastation in which, suddenly, dozens of Muslims lost their lives, hundreds were displaced, homes were burnt and livelihoods destroyed, was a Russian word probably very familiar to many of our readers: “Pogrom”. Our diaspora Jewish community in Britain comprises many descendants of those who fled antisemitic pogroms in the Russian Empire. Another speaker made a powerful reference to the brutal and murderous assault on German Jews during Kristallnacht in Germany in the late 1930s, in which many lives were lost and synagogues were ablaze.
There are indeed historical parallels with current events that our community should be particularly aware of and sensitive to, but there are also very real contemporary links. When Modi became India’s Prime Minister, he sought to reshape it according to the Hindutva ethno- nationalist ideology of the far right Rashtriya Swayamsevak Sangh (RSS), of which he is a lifelong member. The ambition of the RSS is to transform India’s secular state into a hierarchical “Hindu First” state, in which the position and rights of minorities are downgraded, curbed and circumscribed; a state in which Kashmiris remain subjugated. Modi encourages Hindu Indians to purchase property and settle in Kashmir under military protection in order to alter the demographic make-up there. This is akin to the support and encouragement Netanyahu has given to Jewish settlers to expand their illegal outposts in the Occupied Territories of the West Bank.
Modi has drawn inspiration, friendship and practical support from Benjamin Netanyahu. He was the first Indian premier to visit Israel. Until 1992 India had shown empathy with the Palestinians, and like many other members of the global non-aligned movement, had not recognised Israel as a state. Today Israel is India’s largest arms supplier. The Indian purchase of weaponry, tried and tested on the Palestinians, comprises 46% of Israel’s global military sales.
It is hard not to see in Modi’s widely condemned new citizenship law – the Citizenship (Amendment) Act (CAA) and its accompanying registers of citizenship, which threaten to leave Indian Muslims disenfranchised – a first step towards ethnic cleansing. It is also an echo of Netanyahu’s openly discriminatory Nation State Law of 2018 which also provoked a great deal of anger and strong protests. We salute the bravery of the protesters led by the women at Shaheen Bagh who, at the time of writing, are continuing their sit-down protest against Modi’s CAA, though now taking precautions to create more physical social distance because of Coronavirus.
But it is also important to acknowledge the way both Modi and Netanyahu seek to influence the political positioning of Hindus and Jews in the Diaspora. In the recent British General Election, Hindus were urged to vote Tory because a Labour Conference Emergency Motion had criticised Modi’s policies in Kashmir. Labour was characterised as “anti-Indian”. This message was pressed home in the Gujarati Hindu heartlands of Leicester, Harrow and Brent. With just over two weeks left till election day, a spokesperson for the Hindu Council in Britain issued a statement in support of Chief Rabbi Ephraim Mirvis’s claim that the Labour Party is antisemitic, adding that it was “anti-Hindu” too. The tendency to view political criticism of far right Indian nationalism as “anti-Indian” and “anti-Hindu” has obvious parallels.
In this issue of our magazine, though, we look at some of the positive ways that progressives within Jewish, Indian and other minority groups organised during the General Election (p8), and we also reveal some home truths about Rabbi Mirvis (p3).
For our part, we will continue to link our progressive struggles against both Hindutva and Zionist ethno-nationalist ideology, and encourage the anti-racist and anti-fascist movements here to broaden the scope of their interest beyond Europe and America.