Antisemitism, the EHRC and Jeremy Corbyn 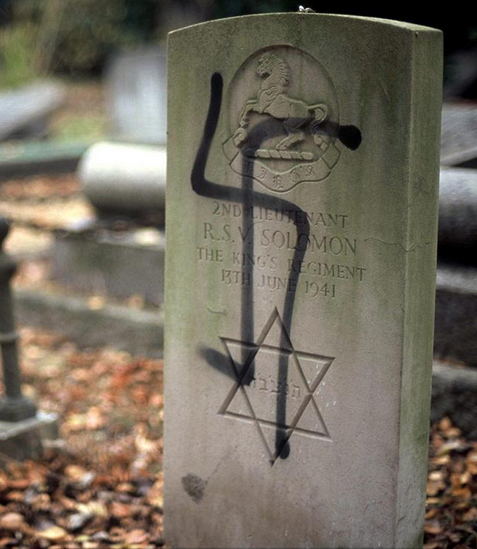 The Jewish Socialists’ Group (JSG) takes antisemitism deadly seriously. The founders of our group cut their political teeth in street campaigns against Oswald Mosley’s British Union of Fascists in the 1930s. Many of our members lost relatives in the Holocaust. We know that antisemitism, driven by the right and far-right, is growing again in many countries, often riding alongside Islamophobia, anti-Black racism, anti-Roma prejudice and hatred directed against migrants and refugees.

It also emerges, especially through conspiracy theories, among some people who define themselves as leftists, and can enter discourses around Israel, Palestine and Zionism. We challenge that too, but we reject any attempt to conflate legitimate arguments against Zionism or critiques of Israeli policy towards Palestinians, with antisemitism.

We are outraged when we see them cynically conflated in the name of “fighting antisemitism” by those who seek to outlaw free speech on Israel/Palestine and to marginalise left-wing views, including the views of left-wing Jews. They are weaponising antisemitism, not fighting it, and at the same time undermining Palestinian human rights.

JSG members have worked closely with many people against racism and fascism and for human rights for decades. Now we see some of these people, including some individual JSG members, being targeted for abuse by very right wing elements, and sanctioned by the new leadership of the Labour Party, all, supposedly, in the name, of “combating antisemitism”. It is nothing of the sort. Their cynicism empties the word “antisemitism” of its meaning, leaving Jews more vulnerable to the real thing.

Jeremy Corbyn has been traduced in the media and sanctioned by Labour for commenting on the EHRC Report, for telling the truth about the scale of antisemitism in the Labour Party and challenging lies and exaggerations which he claimed were politically motivated.

We know from experience that he has always been a solid ally of the Jewish community, of other minorities and especially of refugees, in the fight against all bigotry and oppression and in the struggle for a better world. We extend our continued friendship and solidarity to Jeremy Corbyn.

Ironically within days of the EHRC report being released, a Joint Parliamentary Committee lambasted the EHRC’s failures of leadership and representation which, it concluded, undermined its work on Black people, racism and human rights. The very next day, women working for the BBC made scathing criticism of a new EHRC report which cleared the Corporation of gender discrimination.

The EHRC’s week of shame was compounded by news of four new commissioners being appointed, one who has criticised “modern feminism” and its “narrative of discrimination”, another who has been an outspoken critic of immigration and multiculturalism and expressed support for the principles of the Tories’ Hostile Environment against migrants and refugees.

The Jewish Socialists’ Group is not affiliated to the Labour Party, though many of our members are active within it. We strongly urged a Labour vote at the 2019 election, and many JSG members canvassed for Labour, especially in marginal constituencies.

The Labour leadership has paid very close attention to the views of Jewish organisations outside the Party such as the Board of Deputies, the Jewish Leadership Council, the Community Security Trust and the Campaign Against Antisemitism (bodies that have expressed hostility to Labour, especially in recent years). At the same time it has completely ignored the views of Jewish Voice for Labour which has hundreds of Jewish Labour Party members in constituencies around the country, and it has failed to engage with ultra-orthodox Jewish communities who bear the brunt of physical attacks.

We hope that they will listen to us too, as Jewish socialists, when we urge them to examine the Report with a questioning and critical eye, assess it and attempt to locate the evidence behind the conclusions it has reached. We urge the Labour Party to stop treating the Jewish community as a monolith but to engage with and learn from the full range of Jewish views, particularly from those Jews who have a consistent and honourable record of working alongside other minorities against all racism and fascism.