Jewish Bloc on National Demo: United Against Racism and Fascism

Please join us. On Saturday 16th March the Jewish Bloc will meet at the corner of Curzon Street and Park Lane, London W1K 1RB from 11.45am - 12.15pm, and will then join the rally/march. 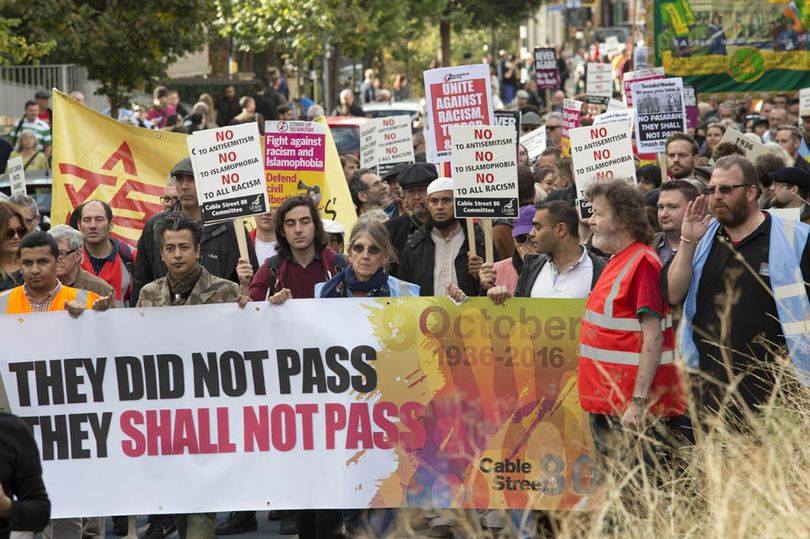 On Saturday 16th March anti-racists in more than 20 countries will be marching though cities to protest against all racism, including antisemitism, and the menacing growth of the far-right, to defend migrants and refugees, and to celebrate diversity.

The Jewish Socialists’ Group is calling on Jewish organisations, individuals and allies to form a large and powerful Jewish bloc on this national demonstration. Bring banners, placards, family, friends and comrades.

The demonstration will be starting from Park Lane near the Dorchester Hotel and marching to Whitehall. There will be rallies with speakers and musicians at the assembly point at the beginning and also at the end of the march.