Joining the dots in our struggles against racism 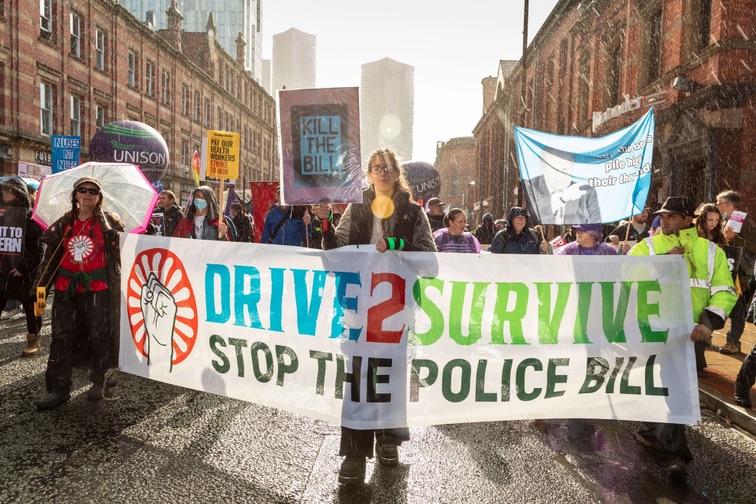 We share the outrage expressed about Jimmy Carr’s comments about Gypsy communities during the Holocaust, which appealed to and amplified anti-Gypsy sentiments in society. This is not the first time Carr has targeted this particular minority.

The victims of the Nazis belonged to many categories, and we mourn each of them equally. The Nazis’ first killing programme against civilians was carried out against many thousands of disabled people from September 1939.

Only two categories, though, were marked out for complete extermination: Jews and Gypsies. In absolute numbers far more Jews were killed, but the figures come closer when we examine proportions of their total pre-war populations in Europe. Gypsies and Jews were both categorised as Untermenschen, targeted for persecution, and we met our shared fate in Nazi gas chambers. That is why we are so alert to expressions of anti-Gypsy, Roma and Traveller (GRT) racism.

We have been heartened to hear recent expressions of solidarity with Gypsy, Roma, Traveller communities from more mainstream commentators in the Jewish community. We need to deepen the understanding within our community of Jews’ and Gypsies’  shared experience during the Holocaust and bring more and more members of our community into a determined struggle against anti-GRT racism, alongside our fight against antisemitism and expressions of hate directed against other minority communities. And we continue our work to engage our community in combating the structural racism that black and brown minorities/refugees suffer on a daily basis.

In central and eastern Europe where Roma often stand out as physically visible minorities in much less diverse societies than Britain, they face continued discrimination and persecution. In Britain, GRT communities are much less physically distinct – but frequently suffer hate crimes, bullying at school, and discrimination. Last year it was revealed that Pontins Holiday Camps had a list of Irish surnames it gave staff to screen out bookings by Gypsy and Irish travellers – a salutary reminder to the wider anti-racist movement here that racism and discrimination are not simply about colour.

This last point is underlined too by the rising number of antisemitic incidents in 2021, reported last week, which saw a significant increase in attacks with violence. As well as targeting a range of Jewish victims, white, black, secular, religious and “visibly” Jewish Hasidim, a worrying number of antisemitic incidents are perpetrated by people who themselves experience racism, a fact that only the far-right can be gleeful about. Anti-racists must address this urgently to bring our communities together against all racism.

Jimmy Carr’s comments should be exposed and challenged but any attempt to police the words of individual comedians is likely to backfire. Our work as anti-racists must focus more seriously and strategically on the principal threat to GRT communities and their way of life, which comes from the state, from the far-right Tory government, especially through the Police, Crime, Sentencing and Courts Bill.

That bill is all-embracing in its attack on progressives, threatening fundamental rights of protest. But as we challenge it, we need to stay very aware of the specific ways in which GRT communities are being threatened, and build practical unity with them, helping to defend them from criminalisation, evictions and arrests. We should also support demands to ensure that schools incorporate learning about the fate of Gypsy communities under Nazism in their teaching about the Holocaust.

If our Jewish community leaders are serious about tackling anti-GRT racism, combating discrimination and defending refugee rights, they will need to take a much more critical stance on the Tory Government, a government that Jewish community “leaders” seem so reluctant to criticise because it takes a hard line against Palestinian rights.

If they won’t join the dots, we have to do it for them. Anti-racism is not a pick and choose activity. All racism is racism, including racism perpetrated by Israel’s authorities and settlers. And if they insist on looking at issues through the prism of Israel and Palestine, then we have to challenge them to stand with anti-racists there too.

The JSG will be helping to organise a Jewish bloc on the national March Against Racism on 19th March in Central London – more details to follow.