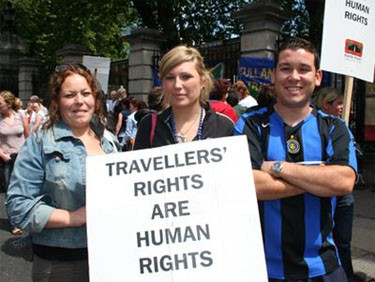 On 16th March the Police, Crime and Sentencing Bill passed its second reading in the Commons with a majority of 96 votes. This new legislation aims to increase police powers and penalties. If it becomes law unamended, it will criminalise protesting without permission; increase penalties for breaching police conditions on protests; legislate for police infiltration of campaigning movements (which happens already); and increase Stop and Search powers, which already disproportionately affect young Black and minority ethnic people.

The violent police attack on the vigil for Sarah Everard at Clapham Common the weekend after her murder highlights the already dangerous police powers. If these proposals become law we will see many more such attacks on peaceful protests.

The Government’s proposals particularly target Gypsies and Travellers, threatening to criminalise their entire way of life. The Bill would introduce a new offence against people who intend to reside in vehicles on any private or public land without permission, and would give police powers to seize vehicles and arrest offenders, with a prison sentence of up to three months, a fine of up to £2,500, or both.

Gypsies and Travellers have a long history of persecution and attacks on their way of life here in Britain and even more elsewhere in Europe, so we will not be silent in the face of these proposals.

As Jews our solidarity is heightened by our consciousness of the shared fate of Sinti and Roma Gypsies and Jews during the Nazi Holocaust.

Sadly those who claim to speak for Britain’s Jews have not demonstrated such solidarity or consciousness. Despite Home Secretary Priti Patel flagging up these anti-Gypsy and Traveller proposals early last year, and despite her record of perpetuating the Hostile Environment for migrants and refugees, the Board of Deputies of British Jews inexplicably offered her a platform last September. She used it to launch a disgraceful attack on Travellers. The Board made no condemnation of her racism.

We call on Jewish community organisations and the wider anti-racist and anti-fascist movement to stand with our Romani and Traveller sisters and brothers. As socialists and as Jews, we support their rights to live as a minority with full equality and with dignity, free from persecution.