A statement by the Jewish Socialists' Group 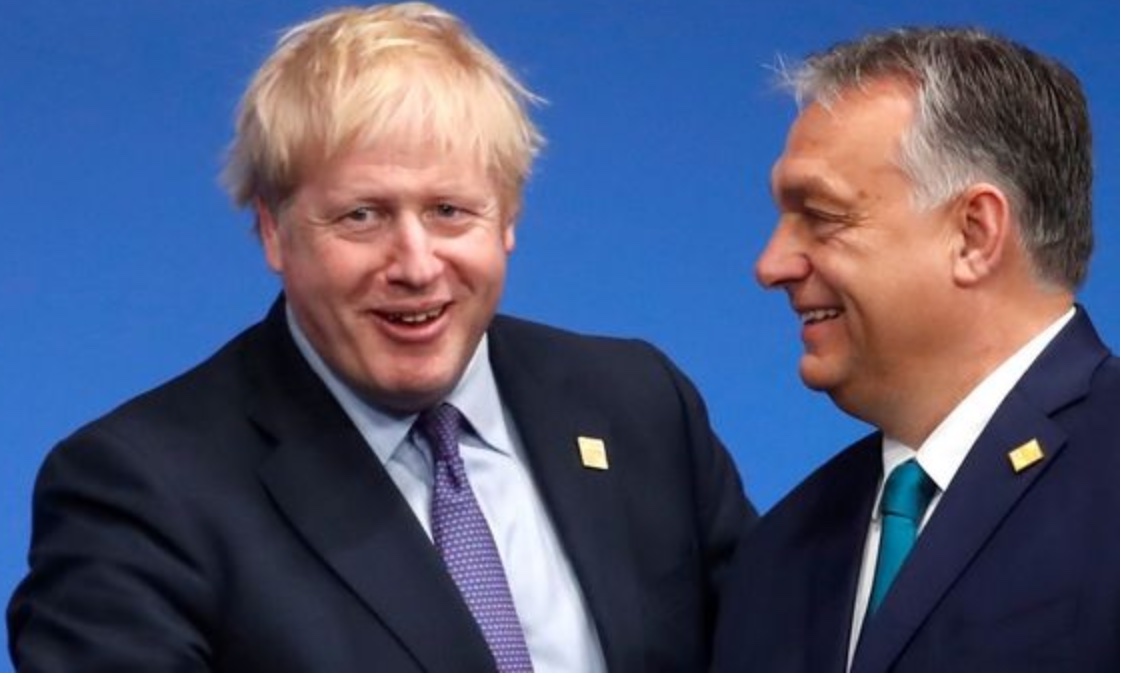 On Friday 28th May, Victor Orban, Prime Minister of Hungary, is meeting Boris Johnson at Downing Street. Orban is a far-right populist who stays in power by scapegoating sections of society. He stirs up hatred against Roma people, against migrants and refugees, and fuels antisemitism. Orban is an authoritarian who used the Covid-19 pandemic as an excuse to introduce an Enabling Act, giving himself powers to rule by decree.

Orban has labeled migrants as “poison”, and stated plainly: “We do not want a multicultural society”. He describes Hungary as the “last bastion” against “the Islamisation of Europe”. Orban’s reaction to the refugee crisis was not to help people fleeing persecution but to build a wall along the border with Serbia, saying, “Countries that don’t stop immigration will be lost”.

At a mass election rally in 2018, Orban said “External forces and international powers want to force this immigration on us with the help of their henchmen here in Hungary.” The opposition to migrants of Orban and his party, Fidesz, is not simply racist, but is part of a conspiratorial world view redolent of fascism.

Targeting the pro-migrant Hungarian Jew, George Soros, as the centre of this “conspiracy”, he said, “We are fighting an enemy that is different from us. Not open, but hiding; not straightforward but crafty; not national but international, does not believe in working but speculates with money; does not have its own homeland but feels it owns the whole world.”  These are almost exactly the same terms in which the Nazis talked about Jews.

If there is any doubt about his antisemitism, we need only to look at  Orban’s rehabilitation of pro-Nazis/antisemitic writers in the compulsory school curriculum, and the removal of the work of Hungary’s sole Nobel Laureate for Literature, Imre Kertesz, a Jewish Auschwitz survivor.

Another regular target of Orban’s racist rhetoric are the Roma, a very longstanding minority in Hungary. Journalist Zsolt Bayer, co-founder of Fidesz and a confidant of Orban, said that Roma are “not fit to live among people. These Roma are animals and they behave like animals.”

Fidesz carried out a policy of segregation in education. This was challenged in court and the Government lost. Orban reacted by describing Roma children as “aggressors against the majority”.

In Hungary, attacks on Roma settlements by far-right activists, including arson, are common.  With anti-Roma rhetoric coming from the top of Government this is no surprise.

So this is the man who Prime Minister Johnson is meeting today. Shocking? Yes. Surprising? No. When Johnson was Tory Foreign Minister, he warmly welcomed Orban’s re-election. Later that year, Tory MEPs lined up with the far right to try to defend Orban from EU censure. Today the Tories are in a bloc with Fidesz in the Council of Europe.

Here in Britain the Tories continue to build a hostile environment for migrants and stir up hatred against them, with a new tranche of anti-migrant and refugee legislation on its way. The Police, Crime, Sentencing and Courts Bill increases the powers of the state against the people.

So Johnson and Orban have a great deal in common.

The Jewish Socialists’ Group condemns this meeting and calls on anti-racists, Jewish, Muslim, GRT organisations and the Labour Party to do so too.