Today, it is the funeral of our friend and comrade David Kessel, a Jewish Socialists’ Group member in the East End, and a generous supporter, who died on 8th March 2022 at the age of 74. 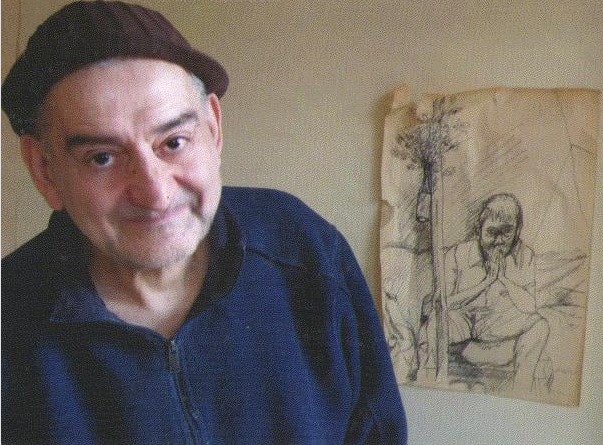 We saw David too rarely because of his challenging life circumstances, but when he did come to our meetings, he would listen intently to a speaker and discussion, and then intervene with a short, incisive and powerful contribution, spoken calmly and quietly.

He first came to our meetings in the late 1980s, after his second breakdown and subsequent diagnosis as schizophrenic had already prevented him from continuing his work as a doctor in East London, where he was one of several very committed and radical doctors who have worked in this district. In those early years as a doctor he had also distinguished himself as a trade union activist campaigning on doctor’s working conditions. He had his first breakdown at the age of 17 before going to medical school.

He was born into a family of communists – an Irish mother of Catholic heritage, a Jewish father of German Jewish heritage who came to London from South Africa.

When he was unable to continue working as a doctor he put his energies into his poetry and working with a range of groups, bringing people struggling with mental health issues together so they could give each other mutual support. We are very proud that we published some of his poems in our magazine Jewish Socialist.

Living in the East End, he was very aware of the area’s anti-fascist traditions and its immigrant, cosmopolitan nature and atmosphere. He was acutely conscious of its traditions of class struggle and the struggles of the marginalised today among different communities of East Enders. He left many beautiful moving words. We know he will be very sorely missed.

Life Against Death
The east wind of high summer.
Old men with cider bottles,
And I suddenly an old man.

Through the slums with Jesus,
Black, broken hearted, golden Grace.

The whistling Cockney gives
His heart away at street corners
To the young alci: cursing, skint.

Bengali dawn
On the Whitechapel waste.

The Gestapo will pass –
There shall be silence
Broken by the cawing crows
And the vixen’s cry.

Strong as our pain is strong,
Our children are.

A savage peace,
The rain over Stepney.