Sunday 2nd August is Roma Holocaust Day and there will be a Holocaust Commemoration organised by United Roma Network at 12 noon at Parliament Square followed by a march to Europe House. Our speaker, David Landau, cannot travel safely to the commemoration on public transport due to the coronavirus risk, but his speech will be read out and we hope other JSG members and friends will be able to get there safely to convey our solidarity. 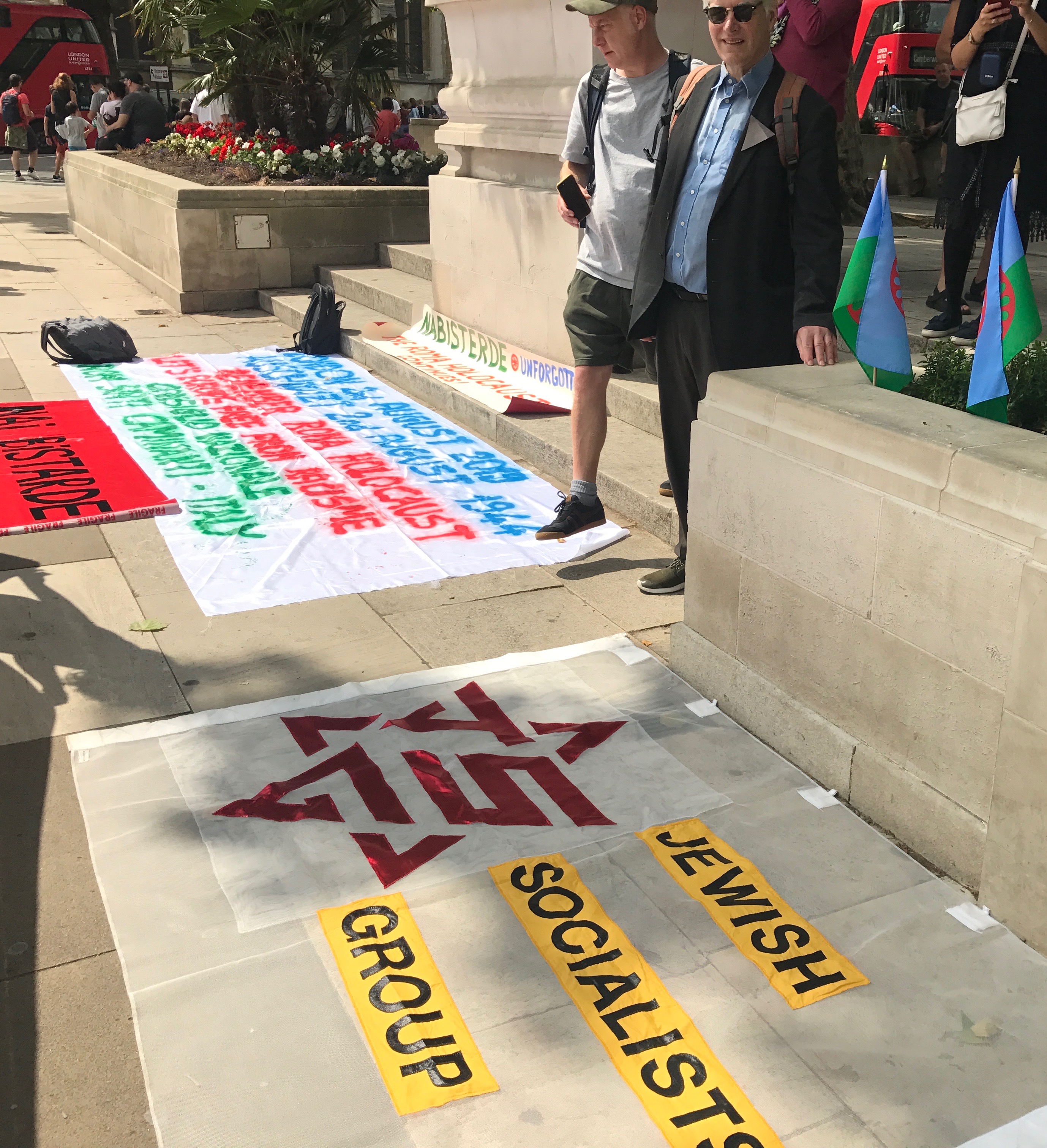 Speech on behalf of the Jewish Socialists’ Group

I bring greetings, support and solidarity from the Jewish Socialists’ Group to this gathering.  I hope some our members are here today. The Jewish people and Romani people have a great deal in common.  Both our communities were nearly wiped out in the Holocaust.  It was Hitler’s policy to wipe both of us out. In the years, decades and centuries previous to the Holocaust we were both scapegoated for many things and were the targets of pogroms. Today that scapegoating continues – both our communities have been blamed for the spread of the dreaded virus for example. We have been seen with suspicion by nationalists of every stripe because we were spread out across borders and so not belonging to any nation.

Of course there are positive things that unite us. Just listen to a Klezmer band and a Gypsy band! But today we dwell on the tragedy of the Holocaust and the persecution of the Romany people. That persecution continues across Europe and in Britain. We are very aware of what is happening to the Roma in places like Hungary, the Czech Republic, Poland, Romania, Italy and France. But we need to look at what is happening to Gypsies and Travellers here in Britain. Today you are the target of proposed new legislation, which threatens to destroy your way of life, making unauthorised stopping a criminal offence as opposed to being a civil matter. We saw in Dale Farm the power the state has, even without this new legal threat. At our annual conference in June the Jewish Socialists’ Group unanimously passed a resolution opposing this proposed legislation, and we will try to play our part in any campaigns against it.

The scapegoating goes on here too, with the dreadful programme on Channel 4 on Travellers and Crime. The positive we can take from that, however, was the scale of opposition and protest against the programme.

It is vital that our communities stand together against the government, against racism and against fascism.