Speak out against Trump

Statement by the Jewish Socialists' Group 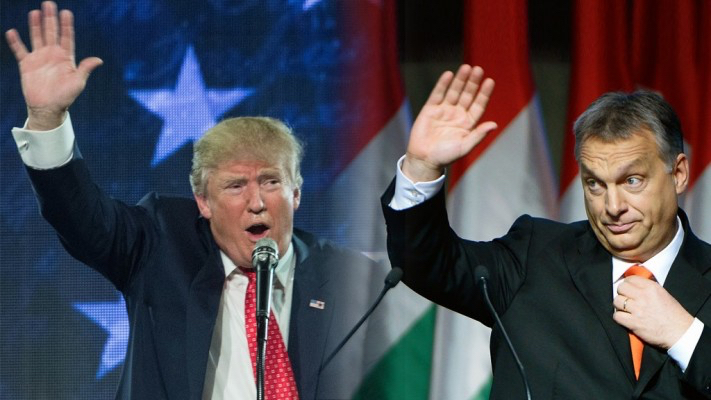 The Jewish Socialists’ Group condemns the invitation to US President Donald Trump and will be proud to join the Jewish Bloc on the mass demonstration organised by Together Against Trump on Tuesday 4th June in Trafalgar Square.

We will do so in solidarity with all who have suffered mistreatment, discrimination and abuse under his administration and from the white supremacists, bigots and antisemites who have been emboldened through his presidency. This includes migrant children, refugees, LGBT communities, environmentalists, women’s rights campaigners, black and other ethnic minorities and the victims of murderous attacks on synagogues by neo-Nazis.

Just three weeks ago Trump welcomed the antisemitic, Islamophobic, authoritiarian leader of Hungary, Viktor Orban, to Washington. Trump praised him for his work to keep his country “safe” and to “support Christian communities” and described him as “highly respected … like me, a bit controversial, but that’s okay.”

Orban is controversial not least for his openly antisemitic attacks on George Soros. Meanwhile, Trump has accused Soros of financing demonstrators in the US.

Trump is a warmonger who supports and encourages Netanyahu’s regime in Israel which relegates Palestinians to second-class citizens, and oppresses and humiliates them in the Occupied Territories. We stand with all Palestinians and Israelis who are fighting instead for justice and equality. We stand with Muslim and Jewish communities in America who have supported each other against the rise in racist attacks that have occurred since he became President.

In Britain he is seeking to make common cause with fellow racist, far-right, free marketeers, Boris Johnson of the Conservative Party and Nigel Farage of the Brexit Party. Farage shares Trump’s and Orban’s negative view of George Soros. Both say they are fighting the “globalists”.

Join the Protest on 4th June! The JSG is assembling with its banner outside the (modern) entrance to the Crypt at St Martin’s in the Field, Trafalgar Square, from 11.30am-12 noon and will then join the Jewish Bloc.