Statement on the Rwanda Plan

from the Jewish Socialists' Group 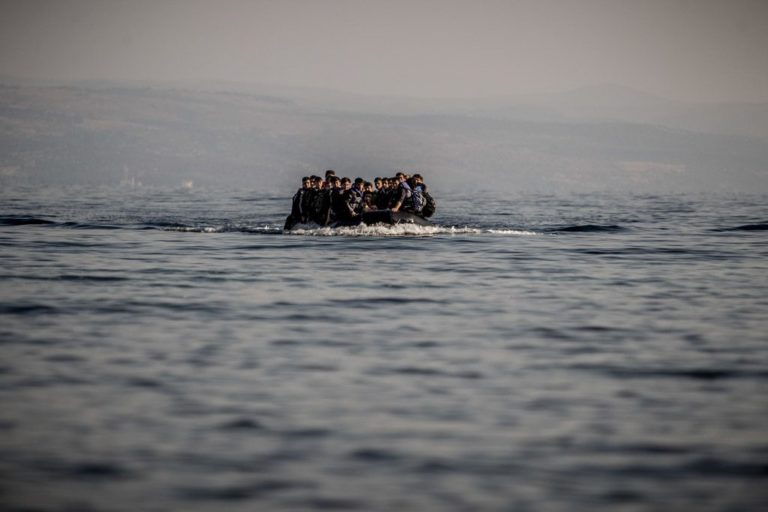 The government’s threat to transport to Rwanda refugees who don't arrive by the almost non-existent “safe and legal routes” will criminalise them and is a direct attack on their human rights. It is also racist in terms of which refugees it is targeting. This flows directly from the logic of immigration controls and the hostile environment, which criminalise people on the basis of the colour of their skin, the language they speak, their religious beliefs, where they or their parents were born, and whether they are deemed to embrace so-called British values.

Announcing the plan, Boris Johnson described the UK as “a beacon of openness and generosity”, citing Jewish refugees from Tsarist Russia among various communities that have been “welcomed”. This is another of his lies. His Tory predecessors passed the Aliens Act of 1905 that turned thousands of Jews fleeing pogroms away (most on “health” grounds, claiming they would be a burden). They rounded up and deported back to Russia many others if they were wandering the streets without means of support, six months or more after they had arrived. Thirty years later they barred entry to Britain to many desperate people fleeing Nazi persecution. They did, reluctantly, admit a few thousand children, but not their parents. This Kindertransport was organised entirely by private individuals and charities. The British state contributed nothing towards saving those lives.

Pandering to far-right racist/nationalist themes, Johnson also targeted what he called an “army of politically motivated lawyers”. This is how he describes the people defending the human rights of all refugees. The Labour leadership’s immediate and instinctive response was weak and evasive. Shadow Home Secretary, Yvette Cooper, listed the problems with the plan in this order: “extortionate”; “unworkable”; and “unethical" – as if the main problem was financial. “Unethical” should be first, not an afterthought. When Cooper was Shadow Home Secretary during David Cameron’s government, she often tried to outflank his racist immigration policies, saying that they were not effective enough in “protecting our borders”.

With Labour’s Front Bench failing to offer a principled, humanitarian lead, it falls to human rights defenders and grassroots anti-racists to block this plan from being implemented.

The Jewish Socialists’ Group is opposed to the detention, deportation and forced transportation of refugees and migrants to anywhere in the world. Rwanda’s own human rights record is under scrutiny with allegations of violations of rights to a fair trial, enforced disappearances, torture and excessive use of force, including the killing of refugees demonstrating for their rights.

A precedent for the transportation of refugees to Rwanda was set by a secret deal with Israel, which deported around 4,000 people between 2014 and 2017, though it seems that many of them were smuggled out again within days of their arrival.

This is not the first time that poor and war-torn countries have been paid to shoulder Europe’s responsibilities for refugees arriving at its borders, to the detriment of the countries concerned as well as to the refugees. Libya is operating “a shadow immigration system” to keep refugees out of Europe. This includes capturing African migrants and incarcerating them in secret prisons where they have been subject to torture, rape, extortion and trafficking.

In the 1990s, the EU (of which the UK was then a member) financed the building of detention centres in Lithuania to prevent the entry of migrants coming into Europe from Asia via Russia and the Baltic states. Carrying this out was made a condition for Lithuania to join the EU.

The Jewish Socialists’ Group is implacably opposed to the government’s latest scheme to transport refugees out of the country and will stand with other communities and organisations to block it and challenge other manifestations of the Hostile Environment.

In particular, we will encourage people from across the Jewish community to engage in this struggle and remember our roots and often bitter experiences as a refugee and migrant people. Neither the Board of Deputies nor the Chief Rabbi have yet commented on the Rwanda plan to spirit refugees out of the country where they had hoped to gain sanctuary, but we urge all Jewish bodies who care about racism, injustice and the abuse of human rights, to speak out now.