A statement from the Jewish Socialists’ Group 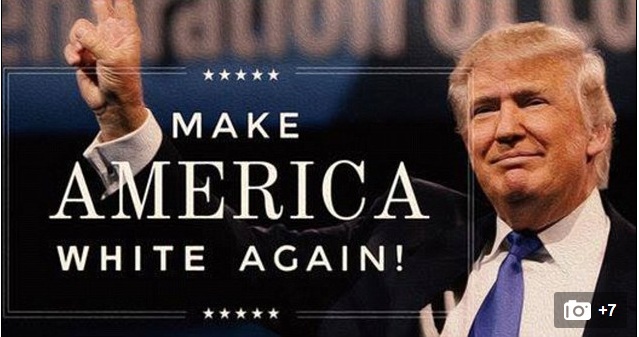 The Jewish Socialists’ Group is extremely alarmed at the election of Donald Trump as President of the United States. His endorsement by assorted racists and fascists, including virulent American neo-Nazis, should be no surprise, given the lies, hatred and vicious attacks against women, migrants, ethnic and other vulnerable minorities that characterised his presidential campaign. His success will be a signal to far-right activists across the world that the brakes are off, and the targets of their venom are fair game.

As Jews and as socialists we know the outcome of compromising with political leaders who use the democratic process only to dismantle it, sow conflict and abuse the citizens they have been elected to serve. So we will organise alongside and in solidarity with everyone who understands, as we do, that we need to block every step taken by Trump and his allies.

We extend our solidarity to the 70% of American Jews who voted against him and to Americans of all communities who are fighting against racism and for equality and social justice.

It is shocking then, that Jonathan Arkush, the President of the Board of Deputies of British Jews – the institution that claims to represent our community – was so quick off the mark in enthusiastically congratulating Trump, whose success has been warmly welcomed by far right leaders across Europe, along with our Conservative Prime Minister, Theresa May. Following an outcry from across the Jewish community, some of Arkush’s colleagues have tried to mitigate the damage with a mealy-mouthed “supplementary comment”. But Arkush continues to defend his statement.

Arkush has relentlessly promoted the campaign to tar the Left with the brush of antisemitism, including in his evidence to the Parliamentary Home Affairs Committee Inquiry into Antisemitism. However, he appears not to have noticed the increasingly brazen antisemitism laced through Trump's election campaign, which is at one with his misogyny and his attacks on pretty much every ethnic and other vulnerable minority within and beyond the USA. Trump, though, has repeatedly said that he “loves Israel”, and that seems to have the effect of blinding Arkush to Jew-hating that comes from the right.

Despite his title, Jonathan Arkush does not speak for us or for our community, and we will not allow him to claim that he does. On the contrary, we will challenge him when he sidles up to this racist, misogynist, populist demagogue, and will do all we can to mobilise Jewish people to oppose any moves our government makes to collude, collaborate or co-operate with Trump.