In print and online

News
Playing to the gallery: Chief Rabbi Mirvis!
Catalogue of bigotry; The first hostile environment; Let the voice – and languages – of the aliens be heard
A song and dance about Jewish history

Features
Take me through the streets of Dalston: new Radical Hackney walk

Jews, Corbyn and the General Election: A section on Jews, the campaign and its aftermath:

Forever young: Bernie Sanders’ brand of Jewish socialism
The Joint List’s triumph over hate
Stitching the struggle: Palestinian women’s embroidery co-op
Breathing new life into old traditions: musician and teacher, Polina Shepherd
Lessons from a forgotten murder
The fight for a better past: the Polish government is targeting Warsaw’s acclaimed Jewish museum
On the trail of Traveller lives
The voice of experience: a lifetime of cultural and political learning

Reviews
Whitechapel Noise
Antisemitism and the Russian Revolution
We Fight Fascists: The 43 Group 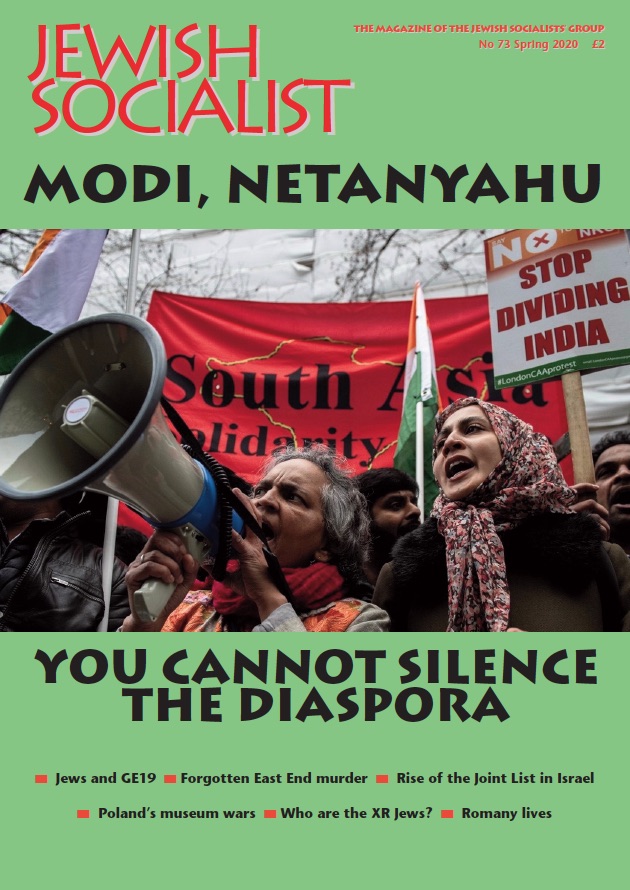