This weekend marks the anniversary of the formation of the Bund – largest and most significant Jewish socialist movement that has existed. 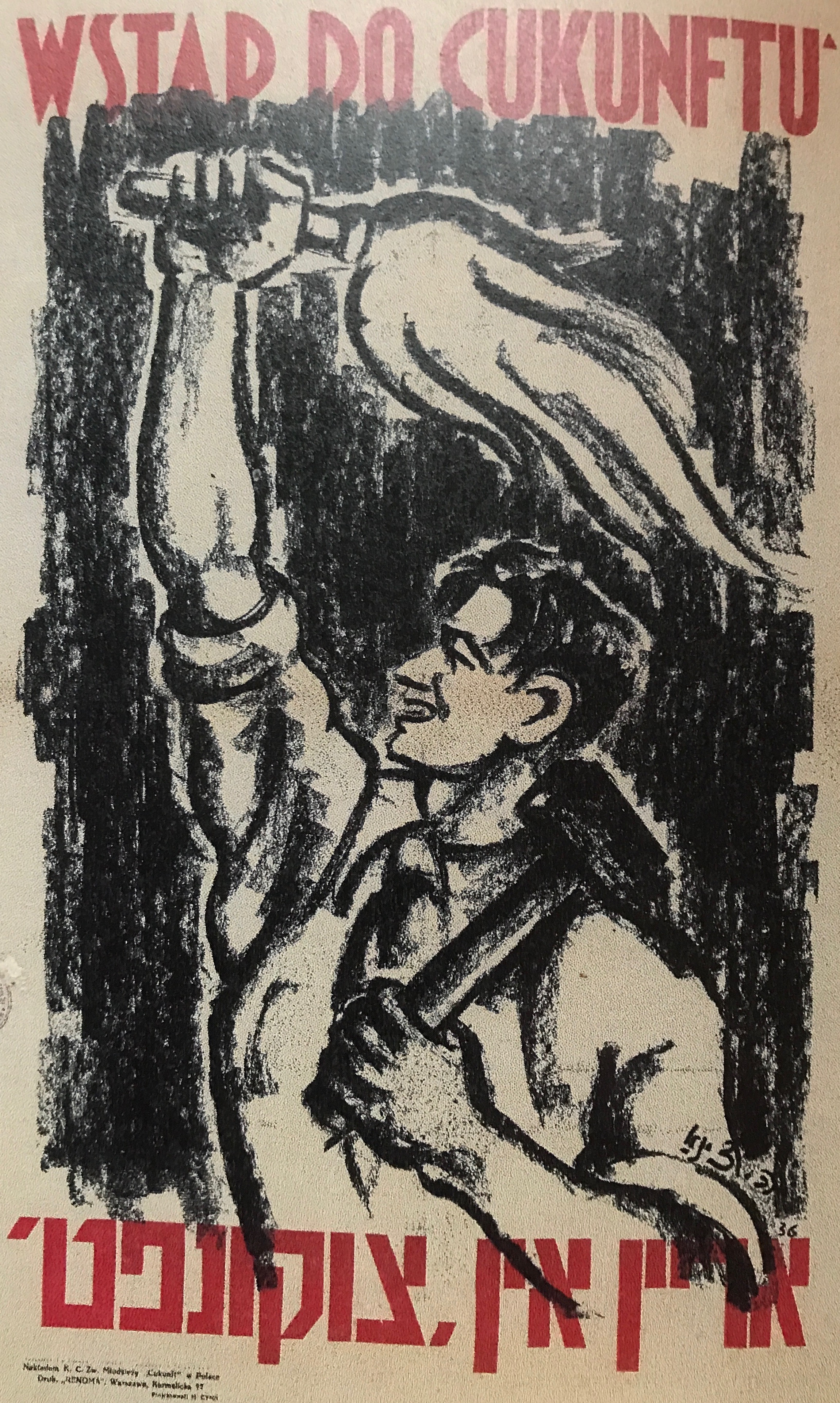 In 1897, a clandestine printing shop was opened in Vilna (Vilnius) and the first issue of Di Arbeter Shtime – Yiddish for "The Workers' Voice" – appeared, printed illegally in Vilna then in other locations in the Tsarist Russian Empire. From 7-9 October that year [Russian Julian calendar dates], a founding convention was held in secrecy in Vilna with 13 delegates from 5 cities, creating the Bund - the General Jewish Workers' Union. A year later the wider Russian Revolutionary party was formed, 3 of the 9 delegates at the Russian party’s founding meeting were Bundists.

The Bund’s key principles, in contrast to the Zionist movement established in more salubrious surroundings in Basel the same year, were socialism, internationalism, cultural autonomy and doikayt (hereness). It rejected separatist, nationalist, territorial solutions and believed that the liberation of Jews would occur within the liberation of humanity. It led struggles for workers’ rights, formed self-defence squads against pogromists, and worked with others socialists for revolutionary change.

In the revolutionary movement it argued with Lenin and Trotsky about its right to organise autonomously among Jewish workers in Yiddish, challenged centralism and authoritarianism and sought more internal democracy.

In the 1920s it linked with other socialists internationally (including Austrian Socialists and the Independent Labour Party in Britain) promoting a socialism which supported reforms but rejected reformism, and wedded itself to the most democratic forms of organisation in contrast to the dogmatism and totalitarianism gathering pace in the USSR under Stalin.

Between the two world wars its largest arena was in Poland, whose 3.3 million Jews formed Europe's largest Jewish community. It worked closely with the left-wing of the Polish Socialist Party, against a semi-fascist government in the 1930s. As well as the party, It had a youth movement - Tsukunft (Future) and a children's organisation (10-15 year olds) called Sotsialistisher Kinder Farband – SKIF.

In its advocacy of “national cultural autonomy” It fought for the full civic equality of Poland’s minorities and their right to develop their historical and cultural identity through their own language and institutions – a sophisticated form of multiculturalism that sought acceptance not tolerance, and equality for ordinary people rather than the crowning of “community leaders”.

The Bund believed that revolutionary socialists must organise in such a way as to ensure that post-revolutionary society would be pluralist, democratic and culturally diverse. Its commitment to democracy within its own ranks was underlined by the fact that while it strove for maximum unity in action, it contained two distinct tendencies – the eynsers and the tsveyers (ones and twos), and the minority faction had its own publication – kegn shtrom (Against the Stream). Ordinary Bundists felt close to the party’s leaders. One Bundist refugee in London after the war, Leon Kucsznski said: “We looked up to them but they never looked down on us. They listened to us.”

Jews made up 10% of Poland’s population but 25% of the workers organised in Trade unions. The bund was the dominant force within Poland’s Jewish trade unions fighting for workers’ rights and equal opportunities and against discrimination that was restricting the industries in which Jews were allowed to work and working for maximum unity between Jewish and non-Jewish workers in Poland.

Throughout the inter-war years, the Bund produced a daily newspaper, the Folkstsaytung (People's Paper) as well as many periodicals in Yiddish and Polish. Covering workers' disputes, international politics and community issues they also gave a mass readership to emerging Yiddish writers and poets who broadly identified with the Bund's politics. Since the formal education of many of their readers' ended at 13 or younger, the Bund organised literacy classes and libraries. It also supported drama groups, choirs and sports organisations. For the Bund, cultural politics and class politics were interdependent. Cultural initiatives made a real difference to their members' quality of life and strengthened the identity and self-esteem of Jewish workers.

In the last municipal elections (1938/39) before the Nazi invasion, the Bund stood as a secular, socialist, anti-Zionist party, and swept the Jewish vote in most of Poland's major cities, supported not only for its leading role in the fight against antisemitism – working closely with Polish Socialist Party ­– but also for its range of social and cultural initiatives and dedication to workers’ rights. Its youth movement played a key role in ghetto resistance - especially in Warsaw – during the Holocaust. The last surviving member of the Warsaw Ghetto command was the Bundist Marek Edelman, who died in Poland in 2009.

One of its key philosophical statements, "Rights and justice for Jews everywhere without wrongs and injustice to other people anywhere" lives on, in adapted form, in the newly formed Jewish Voice for Labour's statement of principles!

The Bund is 120 years old this weekend. May its ideas continue to inspire Jewish and non-Jewish socialists, diasporists, and internationalists today!