As the world looks elsewhere, we've gathered some news and other updates from social media on another independent state fighting for recognition and being bombed and brutalised by its heavily militarised neighbour. 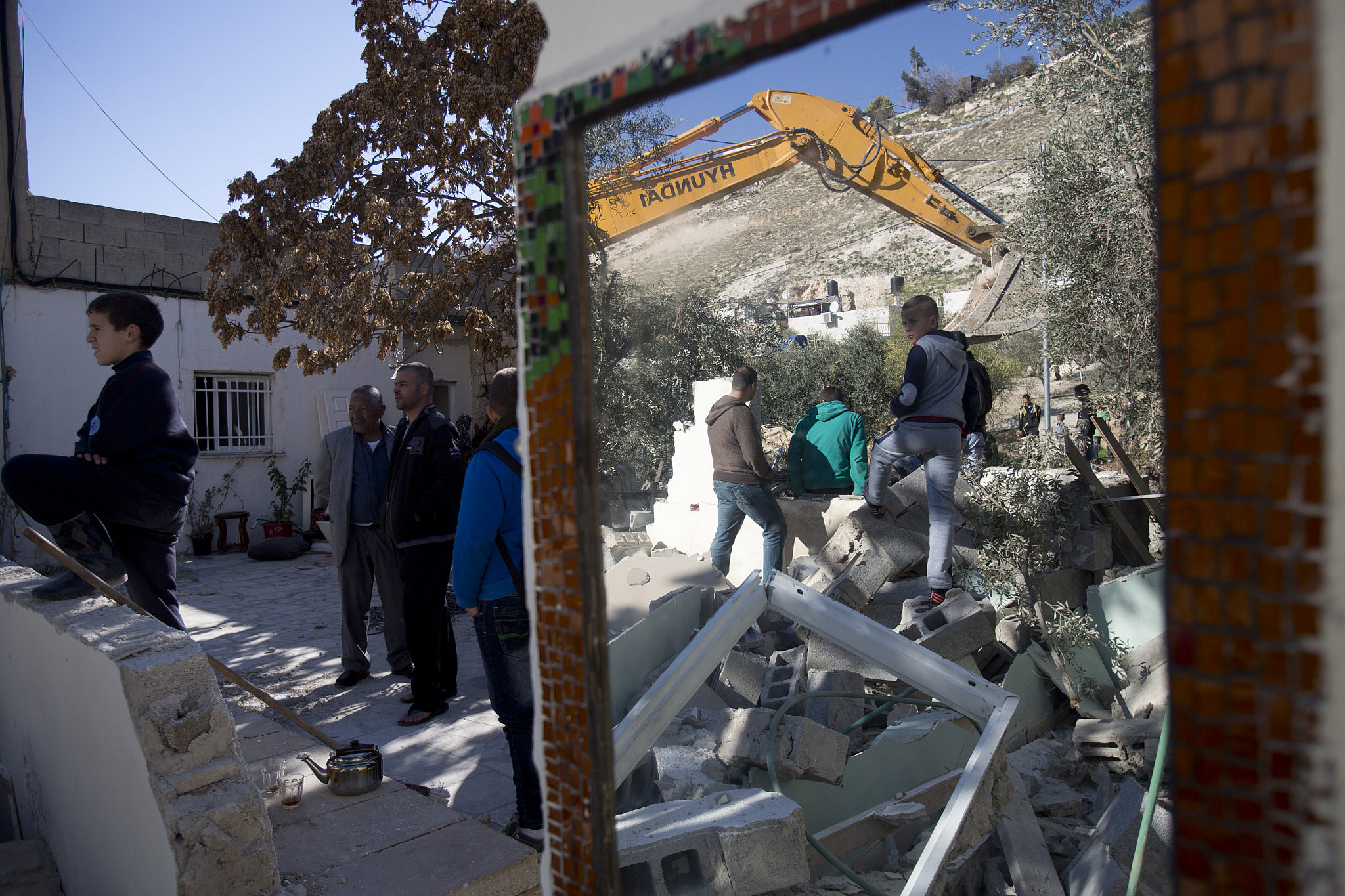 Main photo: The Mezri family demolish their own home in Jabel Mukaber after learning that they would be forced to pay the Israeli authorities for carrying out the destruction, East Jerusalem, 5th February, 2015. (Tali Mayer/Activestills.org)

ICAHD – The Israeli Committee Against House Demolitions has been documenting the gradual disintegration of Palestinian communities since 1997. Their website is full of news reports from witnesses on the ground and a very good resource for activists doing international solidarity work. They have produced an interactive map showing demolitions and displacements that most of the world refuses to acknowledge.

On 16th March there is a UK Webinar – “Israeli Dissidents: Out in the Field” at 5pm (UK time). Here is the link to register

“The plight of Palestinian students in Ukraine has shed light on a still under-discussed aspect of the refugee crisis: the role of diplomatic protection in enforcing the rights of non-nationals. When the reports of racism at the border emerged, African governments immediately responded with protest to European states and at the UN demanding that their citizens be equally protected. But despite multiple reports of discrimination against Palestinian students, no state has raised similar protest on their behalf.”

The US Congress – members of both parties – and prominent members of the Biden Administration have been united in their condemnation of the Amnesty International report on Israel’s violations of international law.

"Despite the compelling nature of Amnesty’s investigation, U.S. Ambassador to Israel Tom Nides immediately called the well-researched report 'absurd,' and State Department spokesperson Ned Price roundly rejected the report’s conclusion as well, adding 'the Jewish people must not be denied their right to self-determination' — even though there was nothing in the report questioning that."

Read the full article by Stephen Zunes in Truthout

On 15th March the residents of Masafer Yatta, an open hillside spread in the South Hebron Hills, will go to the Supreme Court and hear if they are to be expelled from their homes to make way for a military training zone. Follow their campaign on Twitter #savemasaferyatta

Photos are by Emily Glick who is documenting the residents of Masafer Yatta and their lives under occupation. More of her work can be seen on her website This is Noam Shuster Eliassi, a peace-activist turned comedienne from Neve Shalom in central Israel. Neve Shalom, also known as Wāħat as-Salām is a cooperative village in Israel, jointly founded by Israeli Jews and Arabs in an attempt to show that the two peoples can live side by side peacefully, as well as to conduct educational work for peace, equality and understanding between the two peoples.

The Israeli intelligence services once tried to recruit Noam but failed. She started work for the UN but – as she says in her Instagram profile – "decided to take my political career seriously so I started writing jokes." Hear Noam’s story in on the +972 podcast.

And we end this report with a tweet that was posted back in 2015. Solidarity to the people of Ukraine and the peace activists in Russia and Syria.